Freebird Entertainment AB is a declaration of love for artistry and music!

Our business idea is to identify talent and projects we believe in and to be a warm home and business support for a long-term development.

We are a management, music publisher and music company and we work with tailor-made solutions designed for today’s needs and possibilities.

-To start something new in a modern era with our long experience is very exciting, researched and well-grounded. We are back to where it all began with Lionheart Music Group in 1990, says Maria Molin Ljunggren, president.

The end of an era in the Swedish music business!

Lionheart has been run as a “360” operation since before that concept was even established. With inhouse record label, publishing, tour agency, studios and management. Lionheart has over the years been a major part of the spectacular growth of “Melodifestivalen”, the Swedish qualifiers to the Eurovision Song Contest, with a string of finalists and also winners, including five ESC finalist penned by Bobby Ljunggren. The company has also been in the frontline when country music experienced a major breakthrough in Sweden, with acts like Jill Johnson and also the American, Doug Seegers. The later a result of Seegers guesting a TV show produced by Lionheart with Jill Johnson as host and set in Nashville. Lionheart has through the decade with Universal operated as a stand alone company. The other labels under the Capitol Music Group umbrella have since 2014 been Capitol Records, Virgin Records, SoFo Records and Kavalkad. The business is being run out of offices including a studio complex in the Södermalm part of Stockholm. “Lionheart has been our special baby since the start. We have worked closly and big-heartedly with the artists and writers and the vision has been to nurture talents that we adore in order to help them flourish.

This has included major domestic artists as well as globally successful composers like RedOne, Oscar Holter and Jakke “TinyIsland” Erixson. We have experienced all aspects of this business. This is how we want to work and it will also be the basis for our next set up. More on this will come soon, says Maria Molin Ljunggren.

–Maria and Bobby are the power couple of the Swedish music business. They have made a unique impression through these 25 years. Our cooperation has been an honor and an inspiration and I want to thank them for their fantastic achievements in Lionheart Music Group and Capitol Music Group. Above all I want to thank them for the assistance they have given to our artists, says Per Sundin, CEO and President Universal Music Nordics. 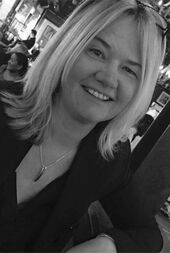 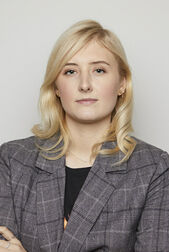