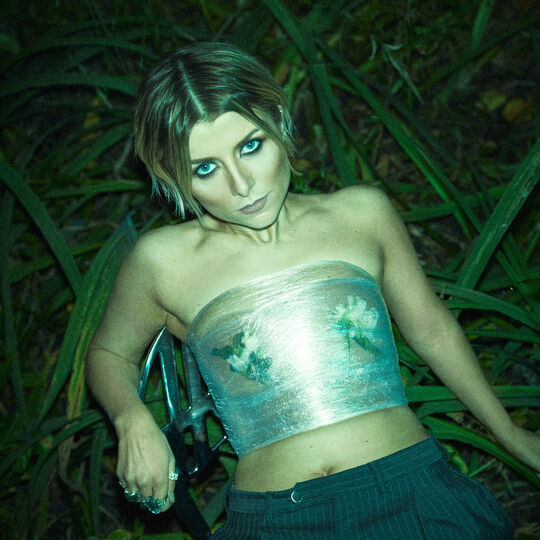 Cornelia Jakobs is 30 years old and lives and breathes music. Cornelia was born in Stockholm on the 9th of March 1992. Since she was 7 years old, the stage has been her comfort zone, and there has never been a plan B for her. She started playing in various garage rock bands in elementary school; which virtually can be heard when listening to her current music and voice. With a father who is an artist, and a grandmother who is a composer, music has always been an element of Cornelia’s life. As Cornelia’s passion is to play live in front of audiences, her music is composed with that in mind. She is an artist with creative visions with regard to both sound and visuals, and during the last five years she has principally done everything on her own. As of now, she has released nine singles and she is currently finishing her debut album. Organic, movielike, emotional, and timeless are some words that describe Cornelia Jakobs sound and personality.  Cornelia has been in a number of band constellations such as “Love Generation”, which participated in the Swedish Melodifestivalen back in 2011 and 2012, before she decided to focus on her solo career.  She had her breakthrough when she participated in the first heat of Melodifestivalen 2022 where she went straight to the finals after winning the televoting with her song “Hold Me Closer”.Cornelia ended up winning the whole Melodifestivalen and she represents Sweden In Eurovision Song Contest 2022.If you imagine Oasis, Bon Iver and Joni Mitchell meeting, falling in love and having a daughter – her name could very well be Cornelia Jakobs.