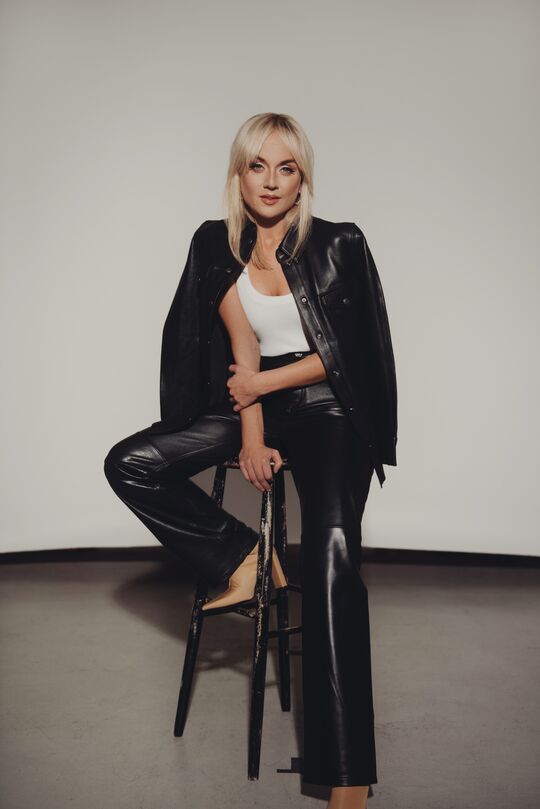 Anna Bergendahl recently signed with Freebird Entertainment’s publishing division, Freebird Songs. One of the first songs to fall under the agreement is the smash and Melodifestivalen 2019 finalist entry “Ashes To Ashes”, which Anna has co-written with Bobby Ljunggren, Thomas G:son and Erik Bernholm. “Ashes To Ashes” reached no. 1 on the national radio chart Svensktoppen,  iTunes and became a top 10 hit on Spotify.During the same year, while continuing her fourth year in medical school, Anna also released the singles "Home" and "Speak Love", before announcing her participation in Melodifestivalen 2020 with the song "Kingdom Come”.The song made a huge impact on the audience - ending on a third-place - reaching #1 on both the Swedish airplay and iTunes charts and peaking at #5 on the Swedish Spotify chart. A couple of months later, Anna released her hit single "Thelma and Louise", a song that was later included on Anna's long awaited and highly acclaimed EP "Vera". Anna finished the year by releasing a new Christmas single, "It Never Snows In California".Anna Bergendahl is 29 years old and has already been on stage for more than half of her life. She has been on a long and intense musical journey since Swedish “Idol”, winning Melodifestivalen in 2010 with “This Is My Life”, competing in the Eurovision Song Contest, being no. 1 on the single and album charts, finding herself in the same studio with her dream producer Larry Klein (Joni Mitchell, Tracy Chapman, Melody Gardot) which led to a US album release by Decca Records. She sold platina and went on tour. Anna has managed to combine her artist career with her studies to become a qualified doctor and also worked as a goodwill ambassador for the UN in conjunction with her career as an artist.

Anna competed as a songwriter with Frida Green's entry "The Silence" in Melodifestivalen 20212021 Anna released the new song ''Grain Of Trust''. Anna also released a duet with the talented Tyler Rich called ''Bottom Of This Bottle''.