Bobby Ljunggren is one of Sweden’s most successful composers with a career that spans over 30 years. Bobby Ljunggren is a unique melody maker and has composed a long string of classic hits such as:“Kärleken är” (Jill Johnson), “Se på mig” (Jan Johansen) , “Evighet” (Carola) ,
“Min Kärlek” (Shirley Clamp), “Not A Sinner Nor A Saint” (Alcazar), “För att du finns" (Sonja Aldén), “Empty Room” (Sanna Nielsen), “Hero” (Charlotte Perrelli),  “Lay Your Love On Me” (BWO),“This Is My Life” (Anna Bergendahl) to name a few.
He has so far competed with 50 entries in Melodifestivalen, the latest being Anna Bergendahl’s smash hit  “Kingdom Come". Bobby Ljunggren is one of two composers with the most victories in Melodifestivalen over the years.

2008 was an exceptional year for Bobby Ljunggren with three of his compositions in the final of Melodifestivalen – placing no. 1 “Hero”, no. 2 “Empty Room” and no. 3 “Lay Your Love On Me” - A remarkable achievement! In the same year Bobby Ljunggren was awarded the "Composer of the Year" prize at the Swedish Music Publishers Association awards. Internationally Bobby Ljunggren has, amongst others, collaborated with Greek superstar Michalis Hatzigiannis.

Robin Stjernberg has won Melodifestivalen twice as a songwriter.
The first time also as an artist with the song “You”. Robin Stjernberg’s break-through came in 2011 when he finished second place in Swedish Idol. The debut album which was released shortly after Idol went straight to no.1 and the following years Robin Stjernberg developed his songwriting and producer skills in various writer collaborations.
Stjernberg has spent his last years travelling back and forth between Sweden and Nashville, where he, apart from having received a lot of adulation, has collaborated with award winning writers like Liz Rose, Gordie Sampson, Burt Butler and Matt Mcginn. Robin's melodies are unpredictable, timeless, grand, beautiful, classic and cross-boundary.

Anna Bergendahl recently signed with Freebird Entertainment’s publishing division, Freebird Songs. One of the first songs to fall under the agreement is the smash and Melodifestivalen 2019 finalist entry “Ashes To Ashes”, which Anna has co-written with Bobby Ljunggren, Thomas G:son and Erik Bernholm. “Ashes To Ashes” reached no. 1 on the national radio chart Svensktoppen,  iTunes and became a top 10 hit on Spotify.

During the same year, while continuing her fourth year in medical school, Anna also released the singles "Home" and "Speak Love", before announcing her participation in Melodifestivalen 2020 with the song "Kingdom Come”.

The song made a huge impact on the audience - ending on a third-place - reaching #1 on both the Swedish airplay and iTunes charts and peaking at #5 on the Swedish Spotify chart.

Anna Bergendahl is 28 years old and has already been on stage for more than half of her life. She has been on a long and intense musical journey since Swedish “Idol”, winning Melodifestivalen in 2010 with “This Is My Life”, competing in the Eurovision Song Contest, being no. 1 on the single and album charts, finding herself in the same studio with her dream producer Larry Klein (Joni Mitchell, Tracy Chapman, Melody Gardot) which led to a US album release by Decca Records. She sold platina and went on tour. Today Anna is returning with new, personalized material. Anna has managed to combine her artist career with her studies to become a qualified doctor and also worked as a goodwill ambassador for the UN in conjunction with her career as an artist.

Isa Molin is the hyped songwriter who knows what she stands for. She was mentioned as Sweden’s future hope in songwriting at the Swedish Music Publishers Association awards in 2016. Isa has collaborated with legendary songwriters all over the world – from her native Stockholm to London, Nashville and L.A. She has already managed to create an impressive song collection consisting of the Swedish Idol winner song 2015 “Can’t Hold Me Down” and secured cuts by Robin Stjernberg, Jill Johnson, Doug Seegers, Erik Rapp, Medina, Helena Paparizou and Lisa Ajax to mention a few. Molin’s song “Torn”, performed by Lisa Ajax, was uniquely the only sole entry in Melodifestivalen 2019, written entirely by just one writer!

Being surrounded by music all her life, 26 year old Isa Molin has grown into being a versatile writer within chart topping pop, R&B and country. With lyrics and melodies based on pure feeling, there’s something about Isa’s music language that sticks with you. In true DIY spirit, Isa Molin has so far released a number of singles for her own solo project where she acts as a songwriter, producer, artist and her own label. The poppy debut single “Truth About Us” describes love when it isn’t quite what you had imagined it to be. Isa compensates her clear vocals with dark 80’s synths and creates a soundscape of contrasts and dynamics in the indie poppy tones and the clear cut lyrics. At the same time, Isa Molin proves that there’s a strength in vulnerability, in realness and in solitude.

Benjamin Roustaing was born in France but grew up in London, always surrounded by music. He was first discovered when he sang on a demo from one of his first manager’s producers. Benjamin has since been given the opportunity to write extensively in Nashville, L.A., London and his new home town Stockholm.

Benjamin’s strength lies in the focus he puts on the song itself , something that he has learned to appreciate from various trips to Nashville’s Music Row. He writes mostly for dance, pop, singer/songwriter and indie genres. Since Benjamin signed with Freebird, he has been involved in Robin Stjernberg’s latest EP and other artist projects such as Oscar Enestad and he has co-written Meghan Thee Stallion's song "Crying in the car".
Benjamin has also released some tracks under his own artist project Benjamin Roustaing to the listeners’ appreciation. He is also a part of the new band project, ohFrank, which he has together with Robin Stjernberg. 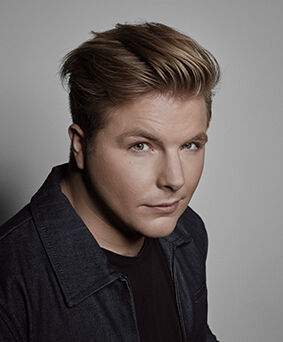 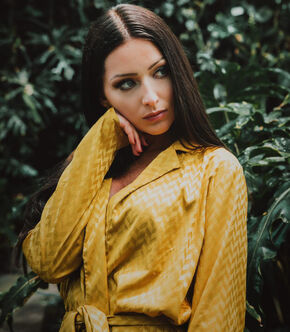